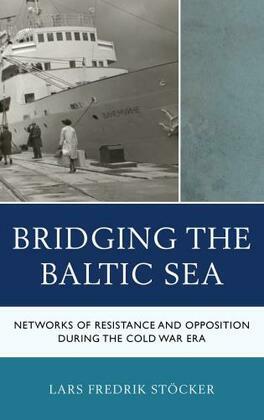 Tracing the origins, evolution, and goals of Polish and Estonian émigré politics in Cold War Sweden and its linkages with both the host and homeland societies, this book investigates the transnational dimension of resistance and opposition to the communist regimes in Central and Eastern Europe. The analysis of the constantly shifting, at times conspiratorial, and even subversive networks that transcended the Iron Curtain draws a line from World War II to the collapse of the Soviet Union, framing half a century of transnationally concerted political activism in a geographical context that has not received much scholarly attention. Challenging the image of the Baltic Sea Region as a periphery of the European Cold War theater, the topography of the multilayered and complex linkages between neutral Sweden and her opposite coasts suggests that the small inland sea was a particularly vibrant setting for processes that efficiently defied the rigid border regimes of the Cold War era.

This book relates both to ongoing historiographical debates about the scope and extent of East-West contacts that developed underneath the radar of international diplomacy and to the question of the role, significance, and impact of émigré politics during the Cold War. Embedding the dynamics of transnationally framed opposition in the wider context of political, economic, and cultural relations at the northeastern peripheries of divided Europe, the study not only sheds new light on so far still unexplored facets of interaction and cooperation between societies in East and West, but also offers a first comprehensive synthesis of the Baltic Sea Region’s post-war history.