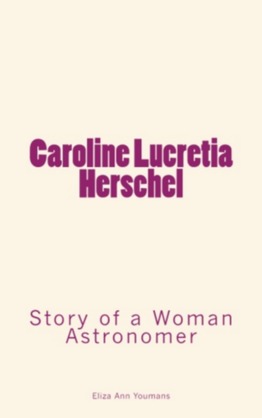 pCaroline Lucretia Herschel was the first woman who received full recognition as astronomer by discovering several comets. She was also the first woman to be awarded a Gold Medal of the Royal Astronomical Society, and to be named an Honorary Member of the Royal Astronomical Society. br/“Most people in this country have heard of Miss Caroline Herschel the astronomer. Without knowing much about her, she has been vaguely regarded by the public as a profound scientific genius, the strong-minded peer and coadjutor of her brother, the illustrious Sir William Herschel. It is supposed that she rose above the narrow sphere of woman's usual domestic life, and spent her time in studying the universe and making astronomical discoveries. She has been often cited, in the recent discussions of the woman question, as an illustration of the intellectual equality of the sexes and as demonstrating to the world what woman is capable of doing in science when she gets a fair opportunity... br/The lesson of this book is very important to ambitious girls who despise domestic concerns, and long for an "intellectual" career. Her science, as such, gave Miss Herschel no great enjoyment; her happiness came from her womanly devotion to her brother's ambitious work; and the book will be found painfully interesting as it discloses the suffering she also experienced as the penalty of this unselfish devotion.” /p
p /p