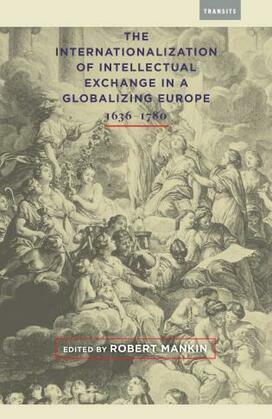 The Internationalization of Intellectual Exchange in a Globalizing Europe, 1636–1780

This books attends to what in French, since the 1980s, has been called the passeur, the figure of the intellectual, mediator, translator or journalist, who is also a socialized being in the world.The volume sets out from biographical contexts in such a way that the work as a whole is offered as a gallery of portraits leading from one kind of cultural understanding to another and then another... Geographically, the range is broadly European (England, France, Germany, Holland, Italy, Poland, Spain and Switzerland) though the aim is never to display how national identities arose. Nor is this range a matter of ‘covering’ the field. The figures treated were all important in their own right, and yet too often they receive scholarly attention only in passing. The singular identity studied here, if there is one, could be Europe’s, but the theme emphasized now and then is also that of the ‘internationalization’ of intellectual activity in a very long eighteenth century. The bookend chapters involving the understanding of the Orient reinforce the internationalization and the fostering of a European identity.

The volume aims less to highlight or track specific ideas transported from one cultural context to another, though there are necessarily many examples given. It proposes instead to illustrate the evolution of post-humanist cultural activity in Europe, by beginning with a series of studies in which debate arises from religious positions (not only Protestant, but Muslim, Catholic, Jesuit, Jansenist and Jewish traditions) and closing with debate become philosophical and encyclopedic. As such, the volume documents a characteristic view of the transformation of early modern intellectual activity as its center moves from religion to philosophy; and it thereby draws special attention to the essays in the middle of the volume. These deal with figures active towards the end of the 17th and the beginning of the 18th centuries, and their abilities, difficulties and conflicts in finding new spaces for intellectual life outside of religious and political institutions—in public discussions of philosophy, toleration, journalism, law and the curious spatialization we refer to as Anglophilia.