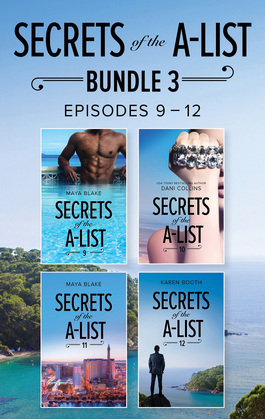 Dazzling secrets are meant to be discovered…

The Fixer has been hustling to keep the Marshall family’s scandals at a simmer, but nothing turns up the heat like the very public opening of a new nightclub. And when Vegas nights turn to Vegas fights, things look ready to boil over. They don’t call it Sin City for nothing. But between vicious jealousies and staggering betrayals, is anyone ready to confess their sins? Remember, dear Marshalls, social climbing has no safety net…

Poor Elana Marshall. She just can’t catch a break. But balancing the men in her life is nothing compared to her latest earthshattering secret. Too bad the Fixer can’t help – there’s a much bigger distraction: a demanding new client looking to pay big money for an even bigger job. Still, with the Marshalls circling the drain, and the Fixer’s reputation on the line, ‘no’ is simply not an option…

When a sudden change in Harrison’s condition summons the Marshalls to his bedside, their loyalties will be pushed to the breaking point. Until now, the Fixer has been holding all the cards. But there’s a new player in town and they’re playing for keeps, forcing the Fixer to make a bold move that could lead down a dangerous path—and could uncover long-buried skeletons the family would rather keep underground.