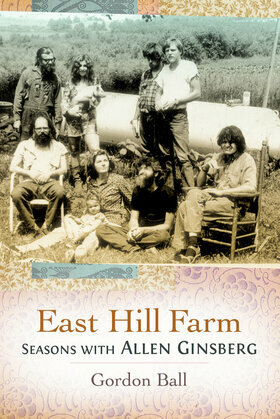 During the late 1960s, when peace, drugs, and free love were direct challenges to conventional society, Allen Ginsberg, treasurer of the Committee on Poetry, Inc., funded what he hoped was “a haven for comrades in distress” in rural upstate New York. First described as an uninspiring, dilapidated four-bedroom house with acres of untended land, including the graves of its first residents, East Hill Farm became home to those who sought pastoral enlightenment in the presence of Ginsberg’s brilliance and generosity.

A self-declared member of a “ragtag group of urban castoffs,” including Gregory Corso, Peter Orlovsky, Herbert Huncke, and the mythic Barbara Rubin, farm manager Ball tended to a non-stop flurry of guests, chores, and emotional outbursts while also making time to sit quietly with Ginsberg and discuss poetry, Kerouac, sex, and America's war in Vietnam.

In honest and vivid prose, Ball offers a rare intimate glimpse of the poetic pillar of the Beat Generation as a striving and accessible human being at home on the farm and in the world.