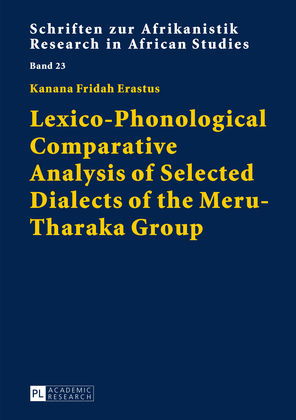 This study is an investigation into the comparative phonology and lexicon of six barely-known Bantu varieties spoken in Kenya. These varieties (Imenti, Igoji, Tharaka, Mwimbi, Muthambi and Chuka) belong to the so-called Meru group. The study develops a new classification of these six dialects. Therefore, a dialectological approach is used, which includes the analysis of wordlists and lists of short phrases elicited in the field. From the data, isoglosses and similarities concerning morpho-phonological processes are drawn. The results show in which respects the dialects differ from each other. Thus, the present work contributes to comparative Bantu linguistics.