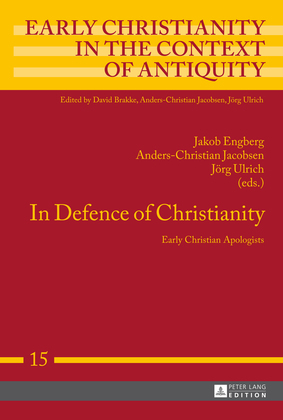 In Defence of Christianity

In Defence of Christianity examines the early Christian apologists in their context in thirteen articles divided in four parts. Part I provides an introduction to apology and apologetics in antiquity, an overview of the early Christian apologists, and an outline of their argumentation. The nine articles of Part II each cover one of the early apologists: Aristides, Justin, Tatian, Athenagoras, Theophilus, the author of the Letter to Diognetus, Clement of Alexandria, Tertullian and Minucius Felix. Part III contextualises the apologists by providing an English translation of contemporary pagan criticism of Christianity and by discussing this critique. Part IV consists of a single article discussing how Eusebius depicted and used the apologists in his Ecclesiastical History.