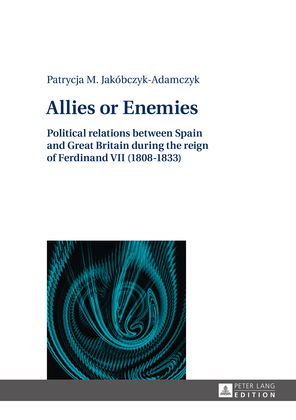 Spanish-British relations changed during the first three decades of the 19 century. Both states emerged victorious from the Napoleonic wars and were united by the alliance, but their respective strength was totally different. While Great Britain enhanced its status as a sea power, strong enough to affect the political situation in Europe, Spain sank to the rank of a secondary state. Britain, protecting clearly defined interests, carried out long-term and rational policy. Spain’s policy was inconsistent and it could not be treated as a reliable ally in spite of its considerable economic resources and strategic importance. The book analyses a long and complex process of overcoming the traditional hostility between the two countries and outlines the international context as well as the internal conditions of that political evolution.