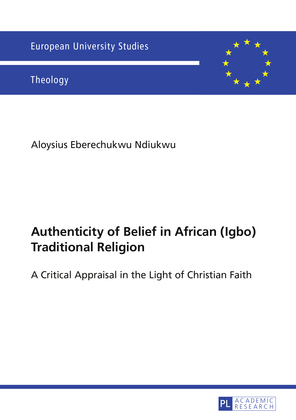 The work presents Abrahamic monotheistic religions and the belief of the traditional religions in Africa, especially in Igboland. Religion exists notwithstanding many rots and bad religious behaviours through systematic and atheistic upbringing. It is true that in the history of mankind, different religions have come and gone and many are still in existence and they are religiously or socially formed. The monotheistic faiths of Judaism, Christianity and Islam have their complementary religious conviction with Igbo religion. They have the image of God as one and only. The authentic carriers of Igbo religion include religious functionaries, the family, and the elders. The religion is culturally, socially and ethically oriented and so the Gospel message of Christ should not neglect them.