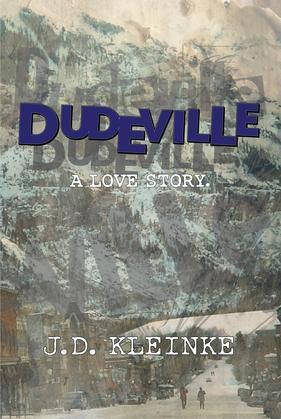 Imagine Huck Finn “lighting out for the territories” 150 years later, this time as a late-30s corporate dropout turned backcountry snowboarder and mountain climber. Dudeville is a coming-of-middle-age adventure story, set in and all around small-town Colorado during the outdoor sports explosion of the 1990s. Inspired by a wide and wild range of influences -- from Thoreau, Whitman, Muir and Twain, to Jack Kerouac, Edward Abbey and Warren Miller -- Dudeville is equal parts extreme sports tale, male bonding romp, and reluctant love story, a sensuous, lyrical, exuberant exploration of the American West.

Dudeville's author, J.D. Kleinke, was a serious health care guy in Baltimore until he discovered snowboarding, hang gliding, jam bands, and the raw spiritual power of life above treeline . . . and moved to Colorado. He is the author of three books about medicine in America, including Catching Babies, a novel about the culture of maternity care and childbirth. He has also been involved in the formation, management, and governance of several health care companies and non-profit organizations. His work has appeared in The New York Times, The Wall Street Journal, and dozens of medical and business publications. He lives with his wife in Half Moon Bay, California, and Portland, Oregon.

From Dudeville: “From this summit, the horizon seesaws open into an electric blue dream of Colorado sky. The adolescent swagger and brawn of the Rockies is nothing like the stooped and rounded hills back east. Spiked with mammoth formations of rock and ice, this vast, continental cacophony is the very roof of the world, pushed skyward by geologic time while collapsing under its own weight. I drop in, and surf off the wind-scoured edge, working the margin between transcendent bliss and utter catastrophe, a controlled fury exploding from my core into arcing snowboard turns as I crisscross the fall-line and dissolve into gravity…”