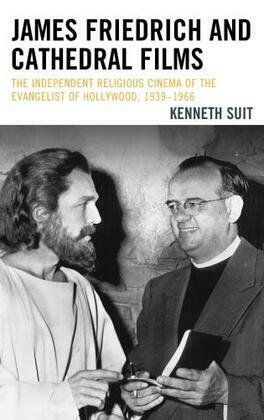 James Friedrich and Cathedral Films: Independent Religious Film Production during the Classic Hollywood Period looks at the religious sub-genre of independent cinema during the golden age of Hollywood through the works of one of its most accomplished producers. Episcopal Reverend James Friedrich used professional Hollywood casts and crews to produce over sixty short and feature-length religious films in the 1940s and 50s, with critics and viewers alike offering praise for their cinematic and theological quality. This book is a unique contribution to our understanding of the post-war American film industry, providing unprecedented insight into the way a small independent B-studio created and distributed religious films for the church, television, and theatrical markets and anticipated and influenced the mid-century Hollywood biblical blockbusters that followed Friedrich’s work.