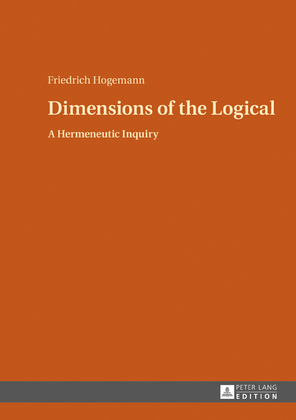 Dimensions of the Logical

Drawing on the work of Georg Misch, this work seeks to give back to the Word its original fullness of meaning. Misch’s notion of a logic of life considers the Word in the plenitude of its great powers. The question of life leads the inquiries undertaken in this study via Misch’s anthropological conception on to the phenomenological ontology of Martin Heidegger and Josef Koenig’s investigation of ‘Being and Thought’. Heidegger’s quest for the meaning of Being calls for a close inspection of its linguistic foundation. ‘Being’ reveals itself as the original truth. It is the verbum demonstrativum in its verbal form. Solely to Indo-European languages is this form immanent. Thus, the established basis may be the starting point from which to reconsider the question of tradition as well as constructs of higher levels.