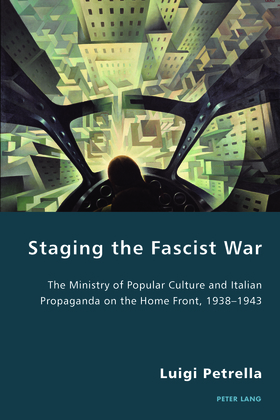 Historians regard the Italian home front during the Second World War as an observation post from which to study the relationship between Fascism and society during the years of the collapse of the Mussolini regime. Yet the role of propaganda in influencing that relationship has received little attention. The media played a crucial role in setting the stage for the regime’s image under the intense pressures of wartime. The Ministry of Popular Culture, under Mussolini’s supervision, maintained control not only over the press, but also over radio, cinema, theatre, the arts and all forms of popular culture. When this Fascist media narrative was confronted by the sense of vulnerability among civilians following the first enemy air raids in June 1940, it fell apart like a house of cards.
Drawing on largely unexplored sources such as government papers, personal memoirs, censored letters and confidential reports, Staging the Fascist War analyses the crisis of the regime in the years from 1938 to 1943 through the perspective of a propaganda programme that failed to bolster Fascist myths at a time of total war.