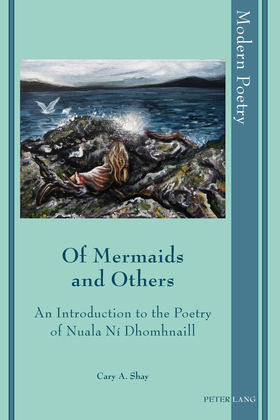 Of Mermaids and Others

This volume is a critical introduction to the poetry of Irish writer Nuala Ní Dhomhnaill. Writing poetry exclusively in Irish but allowing and overseeing translations of her work into several languages, primarily English, Ní Dhomhnaill is the first Irish-language poet to gain an international following. She is also a pioneer in fostering a renewed relationship between the two languages of Ireland’s literary traditions. Ní Dhomhnaill is unflinching in her interventions into problematic social, linguistic and even theoretical arenas, and is well known for her brutal parodies, ribald sexual scenarios and persistent debunking and revising of religious, political and mythological imagery. Her primary thematic concerns demonstrate her dedication to critiquing and ultimately changing dominant discourses so that they account for the presence and contributions of women writers. This volume explores the fraught issues of translating and contextualizing Ní Dhomhnaill’s œuvre, her use and revisions of Irish myth, folklore and political and religious iconography, her re-imagining of the mother in culture and religious ideology, and the devices of death, silence and psychoanalytic discourse in her mermaid cycle and other poems. The book hails Ní Dhomhnaill, who has not hitherto received a great deal of critical attention in English, as a major figure in world literature.