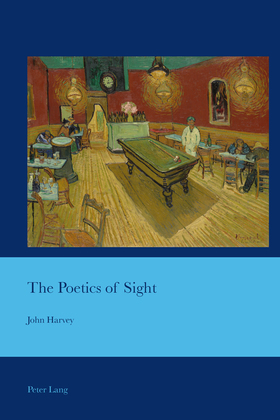 The Poetics of Sight

«Ut pictura poesis», Horace said, but through the two millennia in which «the sister arts» have been compared, little has been said about the nature of sight itself. What we see in «our mind’s eye» as we read has not been explored, though by following the visual prompts in texts, one can anatomize the process of visualization.
The Poetics of Sight analyses the role of sight in memory, dream and popular culture and demonstrates the structure of a complex sight within the metaphors of Shakespeare, Pope and Dickens; and within the visual metaphors of Picasso, Magritte and Bacon. This book explores the difference between the great and the failed works of the supreme poet-painter, William Blake, and tracks the migrations of the Satiric muse between verbal mockery and scabrous images in Persius, Pope, Gillray and Gogol. It records the rise, and partial decline, of the vividly «seen» novel in Dickens, Flaubert, Tolstoy, Proust and Hardy.
The key concept throughout this book is visual metaphor, which in the twentieth century acquired overarching importance: in art from Picasso to Kapoor, in poetry from Eliot to Hughes, in aesthetics from Pound to Derrida. The book closes with a far-reaching definition of visual metaphor and with the great visual metaphor of the human body.