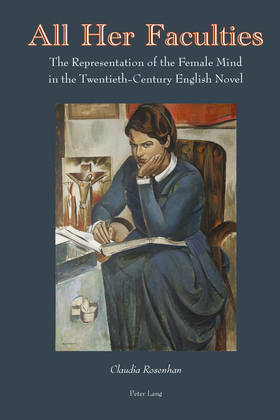 All Her Faculties focuses on the perpetuation and reflection in literature of particular representations of the female mind that are entrenched in conservative notions of womanhood. The study highlights literature’s incontrovertible power to create myth - the myth of woman as body, not mind - through social practice as well as discourse. This is accentuated in the divergent yet related roles women as scholars play in a number of fictions that have entered, to a greater or lesser degree, the cultural consciousness of the twentieth century. What emerges is that the female scholar does not portray a ‘normal’ intellect but a transgressive one, based on a cultural understanding of rationality as male-inflected.
New readings of novels by H. G. Wells, D. H. Lawrence, Dorothy L. Sayers, Kingsley Amis, David Lodge and A. S. Byatt reveal that the female mind, implicated in her outward appearance or inward psychology, is depicted as distorted by scholarship. The female scholar is shown to lack ethos, a moral aspect in relation to action and voice, and the plots of the novels under discussion seem to thrive on this strategic marginalisation of her subjective intellectual being. This study offers original readings of twentieth-century texts through the lens of the female intellect.