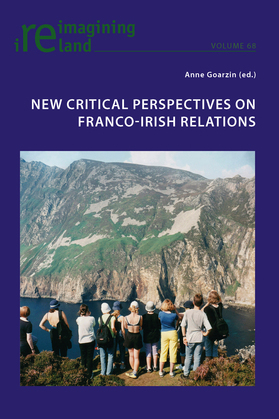 This collection of critical essays proposes new and original readings of the relationship between French and Irish literature and culture. It seeks to re-evaluate, deconstruct and question artistic productions and cultural phenomena while pointing to the potential for comparative analysis between the two countries. The volume covers the French wine tradition, the Irish rebellion and the weight of religious and cultural tradition in both countries, seeking to examine these familiar topics from unconventional perspectives. Some contributors offer readings of established figures in Irish and French literature, from Flann O’Brien to Albert Camus; others highlight writers who have been left outside the critical frame, including Sydney Owenson, Jean Giono and Katherine Cecil Thurston. Finally, the volume explores areas such as sport, education, justice and alternative religious practices, generating unexpected and thought-provoking cultural connections between France and Ireland.