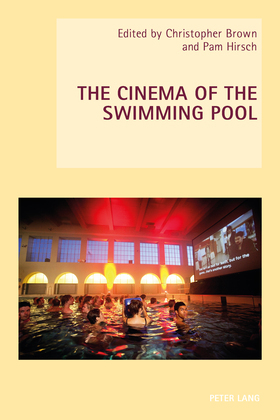 The Cinema of the Swimming Pool

The swimming pool frequently appears in film not merely as a setting but as a dynamic site where social, political, cultural and aesthetic forces converge. What is it about this space that has so fascinated filmmakers and what kinds of cinematic investigations does it encourage? This collection features essays by an eclectic, international range of film researchers. Amongst the works analysed are classics such as The Cameraman (1928), The Philadelphia Story (1940) and La Piscine (1969); cult hits such as The Swimmer (1968) and Deep End (1970); and more recent representations of the pool in Water Lilies (2007), Sea Point Days (2009) and Ausente (2011). The pool is considered as a realm where artifice meets nature, where public meets private, where sexualities morph and blend; and as a space that reconfigures the relationship between architecture and narrative, in which themes of pollution, spectacle and reflexivity find unique expression. Approaching the swimming pool from a wide range of methodological perspectives, the essays in this collection stake a claim for the enduring significance of this exciting cinematic space.