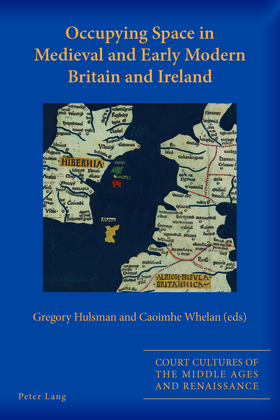 Occupying Space in Medieval and Early Modern Britain and Ireland

This collection offers a range of interdisciplinary viewpoints on the occupation of space and theories of place in Britain and Ireland throughout the medieval and early modern periods. It considers space in both its physical and abstract sense, exploring literature, history, art, manuscript studies, religion, geography and archaeology. The buildings and ruins still occupying our urban and rural spaces bridge the gap between the medieval and the modern; manuscripts and objects hold keys to unlocking the secrets of the past. Focusing on the varied uses of space enriches our understanding of the material culture of the medieval and early modern period. The essays collected here offer astute observations on this theme and generate new insights into areas such as social interaction, cultural memory, sacred space and ideas of time and community.