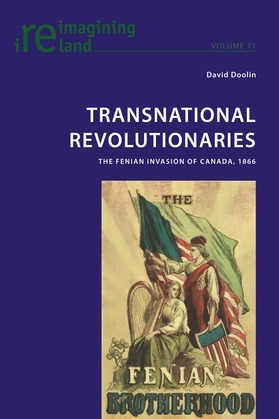 The organization of several thousand Irish American men into a military outfit, which then attempted to invade Canada from within the United States, is a significant historical event that remains largely unexplored from an Irish and Irish American perspective. This study offers a fuller exploration of the details behind the Fenian invasion, asking why Irish immigrants were motivated to shape American international policy and examining the ways in which the Fenians defined identity as a transnational phenomenon. By taking a fresh look at the Irish foray, the author reveals new aspects to Irish immigrant negotiations of belonging – a prototypical transnationalism, accompanied by a broad-ranging anti-imperialism.
This book places the Irish American Fenians in their proper context, demonstrating their central importance within American, Irish and Irish American history. Its publication coincides with the 150 anniversary of the Fenian invasion of Canada.