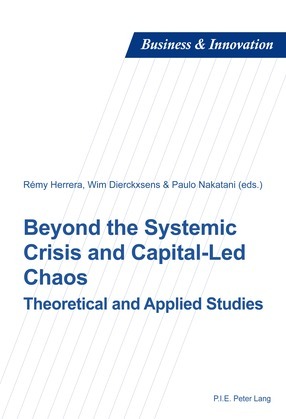 Beyond the Systemic Crisis and Capital-Led Chaos

The current crisis is the expression of the struggle of a dominant ‘fictitious capital’ over real capital to redistribute the global mass of wealth. It is translated into an expansion of assets in financial markets sustained by an inverted pyramid of credits without being backed by a major growth of the real economy, which is increasingly global in scope. The conversion of fictitious capital into real capital is a geopolitical item to understand acquisitions of land in the South to produce agro-fuels, for example. Conversion from fictitious to real capital also happens, the other way round, when military expenditures are financed by more public debt, as is the case for the US today. Financial capital engages in a warlike strategy to establish a global order under its hegemony, without borders and citizens. Employment, social-economic security and political stability will be a worldwide problem. The greatest fear of the capital is that the Eurozone will become a part of the Euro-Asian Continental Bloc. This definitely means a possible military conflict of the US with Russia and China. This crisis is one of the Western ‘civilization’ itself.