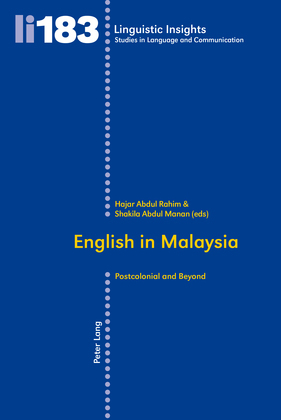 The main thrust of this edited book is the development of Malaysian English (ME) as a new variety of English from the 1950s to the first decade of the 21st century. The book comprises nine chapters on different aspects of the variety based on original research.
The journey ME has taken as a postcolonial variety is discussed in terms of its linguistic development within the current frameworks of World Englishes (WE), particularly with regard to the evolution of new Englishes. Thus, the book discusses a range of ME linguistic and development issues such as lexis, phonology, modality, discoursal features, linguistic style and variation based on a variety of spoken, written, formal, informal, literary and non-literary language data. The findings from the studies contribute new knowledge on how ME has developed and also importantly, the realities and prospects of the variety as a dynamic and rich New English.