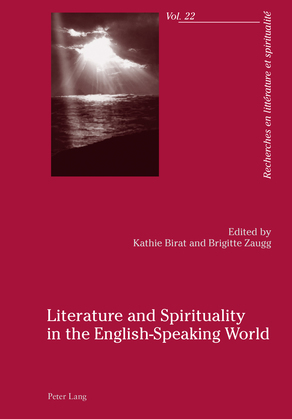 Literature and Spirituality in the English-Speaking World

This collection of essays focuses on the role of spirituality in American literature through an examination of the multiple ways in which a deep engagement with the spiritual has shaped and affected literature in the Americas (three of the essays involve Canadian and Caribbean literature). The essays in the first section explore the intimate links between the spiritual and the social as they are manifested in forms of fiction like fantasy, science fiction, and the Christian fundamentalist fiction of Jerry B. Jenkins. The second section looks at the ways in which poetry has allowed writers as diverse as Emily Dickinson, Ellen Glasgow, Fanny Howe and Leonard Cohen to use language as a tool for exploring their complex relation to the spiritual seen in terms of radical otherness, or of exile, or of the search for common ground as human beings. The final section approaches spirituality as a defining element of the American experience, from Nathaniel Hawthorne to Toni Morrison and Paul Auster.