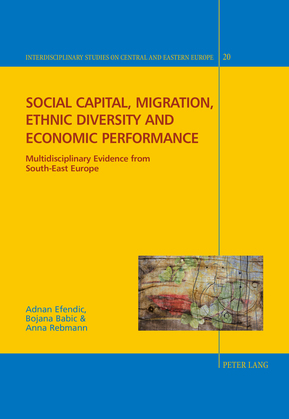 This interdisciplinary book brings an empirical evidence that social capital is an important building block in the reintegration processes, migration challenges and economic dynamism of the SEE communities. Such a conclusion opposes the common belief that (re)establishing social relations in a post-ethnic conflict environment is difficult, or sometimes even impossible. These are indeed societies where trust in people and institutions remains low, but it is often replaced with other forms of social capital emerging on a daily basis, within and between different population strata, either formally but often informally.

Most people who know the region are aware that formal and state institutions in Southeast Europe enjoy very low levels of trust. Nearly everybody loves to point to ethnicity as the causal factor behind every difficulty. The authors of this groundbreaking study explore two basic questions: how do people meet their needs and the needs of others when official institutions do not function? And how do members of different ethnic groups experience the role of others and cross symbolic boundaries? The answers, constructed out of empirical evidence using a variety of methods, point to the crucial importance of social capital as an everyday resource, and to the essential role of ethnic, national, and religious diversity in enhancing people's life chances in an unstable environment.

Since Mark Granovetter many of us know that both over-socialised (macro) level, and under-socialised (narrowly individualist) representations of social world may lead to counter-effective policies. We need to focus on the meso level, where social cooperation is the most real and the most productive. That leads us to the concept of social capital. This is something the authors of this book understand very well. Moreover, applying it, they are able to shed light on human behaviour in the context of the two key phenomena of present day Europe: migration and capacity for self-help during the crises. Great research questions and contribution.