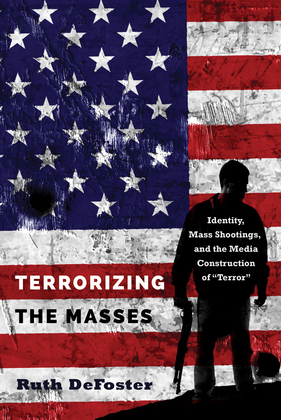 Why are some crimes identified as acts of terrorism, while others are not? How are critical terms like «terrorism» and «mass shooting» defined and understood in the 21st century? What are some of the causes of the unique American epidemic of mass shootings and gun violence? Terrorizing the Masses considers the invisible role that the media play in shaping the way we think about terrorism, gun violence, fear, and identity. This book explores media coverage of five mass shootings over a 20-year period, examining the role that race, religion, and gender play in framing some of the most high-profile crimes of American society. The results of this research show that the use of «terrorism» is uneven and inconsistent. Indeed, on a practical level, «terrorism» is an almost meaningless word – it is slippery and ephemeral, and its utility is largely in propaganda. This book succinctly analyzes what «terror» means in the 21st century, how news media use the term, and how journalists can cover tragedy without falling prey to the pitfalls of sensationalism, fear, and contagion. This book is a useful text for courses on media ethics, crime and public policy, political science, terrorism studies, and communication studies.