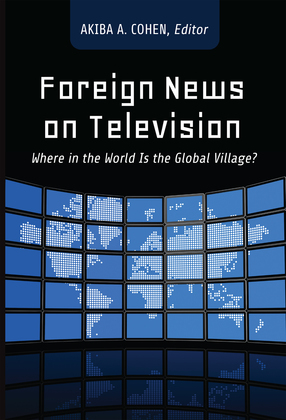 Spanning several years of research, this book compares and contrasts how public and commercial TV stations present foreign, domestic, and hybrid news from a number of different countries. It examines what viewers of television news think about foreign news, their interest in it, and what sense they make of it. The book also assesses what the gatekeepers of foreign news – journalists, producers, and editors – think about what they produce, and about their viewers.
This book shows that while globalization is a dominant force in society, and though news can be instantaneously broadcast internationally, there is relatively little commonality throughout the world in the depiction of events occurring in other countries. Thus, contrary to McLuhan’s famous but untested notion of the «global village», television news in the countries discussed in this book actually presents more variability than similarity.
The research gathered here is based on a quantitative content analysis of over 17,000 news items and analysis of over 10,000 survey respondents. Seventeen countries are included in this research, offering a rich comparative perspective on the topic.