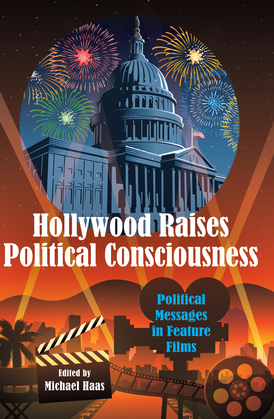 Feature films are jam-packed with political messages. This volume provides the tools for analyzing the politics embedded in films. Contributors reveal how subliminal messages are a clue to how the public perceives political reality through otherwise entertaining feature films.
The volume is divided into two parts: Part One focuses on defining political films while Part Two looks at how «politics» is defined within films. Contributors find several ways of defining «political films», but agree that while the messages in films may often seem progressive, they are usually quite conservative, with the aim of making as much money as possible for the people financing the films.
The book provides a history of political film and identifies several hundred films with specific political messages.