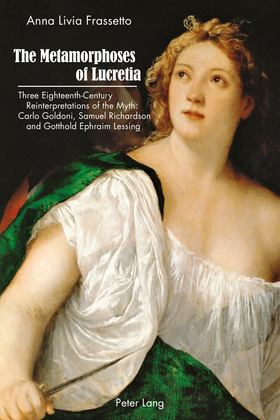 The Metamorphoses of Lucretia

The virtuous Roman matron Lucretia killed herself in 509 b. C. Her death is considered the cause of the Roman revolt against the Tarquins and the mainspring of the passage from the monarchic to the republican age. It is a myth about private and public dimensions: it tells about woman and revolution. Its themes, permanent features and variations are infinite. The metamorphoses of Lucretia are innumerable. Nonetheless, she has always preserved her essence and profound meaning, thus confirming her strength and her being a true myth. Lucretia has crossed the centuries, she has been told, painted and sung by artists from 509 b. C. until today. She reached the Eighteenth Century, Italy, Great Britain and Germany and she met three great authors: Carlo Goldoni, Samuel Richardson and Gotthold Ephraim Lessing. They chose her and decided to tell her story, each in his own peculiar manner. Goldoni wrote a dramma giocoso in musica, Lugrezia Romana in Costantinopoli, Richardson a novel, Clarissa or the History of a Young Lady and Lessing a bürgerliches Trauerspiel entitled Emilia Galotti. One myth, three authors, three different literary genres: this work would like to investigate and verify the connection among them and the meaning of it. The comparative analysis of the metamorphoses of Lucretia will disclose new concepts of private and public, of woman and revolution, sprung from an old but perpetual reviving myth.