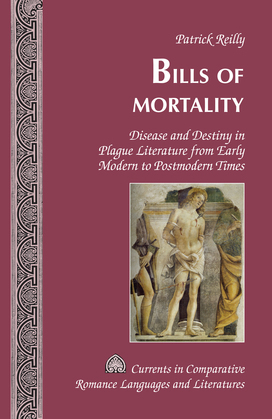 Bills of Mortality: Disease and Destiny in Plague Literature from Early Modern to Postmodern Times explores the dynamic between the fact of plague and the constructs of destiny deadly disease generates in literary texts ranging from Daniel Defoe’s A Journal of the Plague Year to Tony Kushner’s Angels in America. The volume is of interest to readers in both literary and scientific, especially medical, fields. In addition, it serves as an accessible introduction to plague literature and to the arena in which it has evolved since ancient times. To undergraduate and graduate students, Bills of Mortality affords an opportunity for scholarly engagement in a topic no less timely now than it was when plague struck Milan in 1629 or ravaged Venice in 1912 or felled Thebes in antiquity.