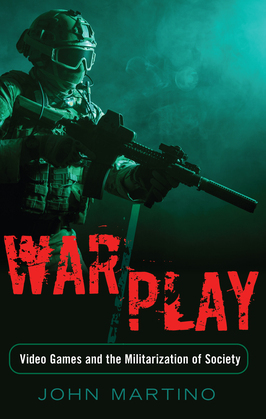 The impact that First Person Shooter video games have had on the evolution of youth culture over a decade or more has been the focus of attention from political leaders; medical and legal specialists; and the mass media. Much of the discussion concerning these games has focused on the issues of the violence that is depicted in the games and on the perceived psychological and social costs for individuals and society. What is not widely canvassed in the public debate generated by violent video games is the role that military-themed games play in the wider process of militarization. The significance of this genre of gaming for the creation of a militarized variant of youth culture warrants closer interrogation. War/Play critically examines the role that militarized video games such as Call of Duty play in the lives of young people and the impact these games have had on the evolution of youth culture and the broader society. The book examines and critiques the manner in which the habits and social interactions of young people, particularly boys and young men, have been reconfigured through a form of pedagogy embedded within this genre.