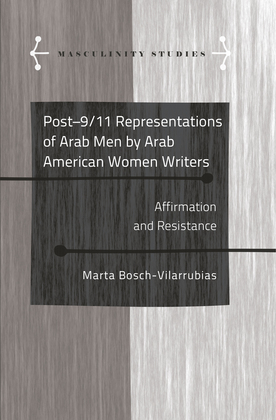 Post-9/11 Representations of Arab Men by Arab American Women Writers: Affirmation and Resistance examines the portrayals of Arab masculinities in novels published after September 11, 2001, by women of Arab descent in the United States. The book provides a historical account of the mainstream representations of Arab masculinities in the United States, using them as a contrast to the realities experienced by Arab men in the American diaspora. Considering the construction of male and female Arab American identities, this book illustrates the role of feminism in Arab American literature written by women and its influence on women’s depictions of Arab men. Through an analysis of representative works by Diana Abu-Jaber, Laila Halaby, and Randa Jarrar, among others, this volume demonstrates how Arab American women’s anti-racist and anti-sexist struggles inform their nuanced portrayals of Arab men. This book will be essential for professors and students of ethnic American literatures in general and Arab American studies in particular, as well as for those interested in women’s studies and masculinity studies.