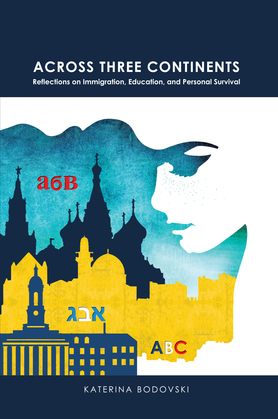 Born in Soviet Moscow, Katerina Bodovski was twelve years old when Mikhail Gorbachev came to power, coming of age as the «perestroika» and «glasnost» movement gained full speed. She would later arrive in Israel during the peak of the peace process during which time Prime Minister Rabin was assassinated. Her final move to America, months after the upset of 9/11, would also directly and indirectly shape the way her personal journey unfolded.
The unique feature of this work lies in the combination of autobiographical narrative and sociological analysis. By personalizing accounts of immigration, education, and family transformations, this book discusses the author’s firsthand experiences in Soviet Russia, Israel, and the United States. The book speaks to scholars of education by providing examples and patterns in educational systems of the Soviet Union, Israel, and the United States. Beyond academia, the book will resonate with immigrants who have experienced transitions between lands and languages. Furthermore, Dr. Bodovski utilizes her female perspective to illuminate different aspects of family life, immigration processes, and, finally, her experiences in United States academia as a doctoral student and a professor.
Across Three Continents: Reflections on Immigration, Education, and Personal Survival will be of specific interest to women, especially young women, who are trying to figure out the interplay between their family and professional life and what is possible for them to aspire for and to achieve. This text is ideal for courses focused on comparative education, women’s studies, Jewish studies, sociology of education, childhood, and immigration.