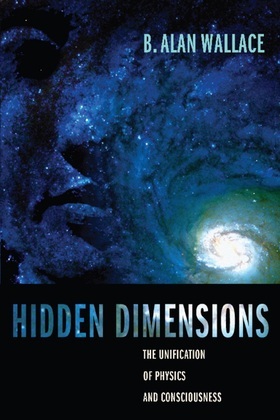 Hidden Dimensions: The Unification of Physics and Consciousness

B. Alan Wallace introduces a natural theory of human consciousness that has its roots in contemporary physics and Buddhism. Wallace's "special theory of ontological relativity" suggests that mental phenomena are conditioned by the brain, but do not emerge from it. Rather, the entire natural world of mind and matter, subjects and objects, arises from a unitary dimension of reality. Wallace employs the Buddhist meditative practice of samatha to test his hypothesis, creating a kind of telescope to examine the space of the mind. He then proposes a more general theory in which the participatory nature of reality is envisioned as a self-excited circuit.

In comparing these ideas to the Buddhist theory known as the Middle Way philosophy, Wallace explores further aspects of his "general theory of ontological relativity," which can be investigated through vipasyana, or insight, meditation. He then focuses on the theme of symmetry in quantum cosmology and the "problem of frozen time," relating these issues to the theory and practices of the Great Perfection school of Tibetan Buddhism. He concludes with a discussion of complementarity as it relates to science and religion.