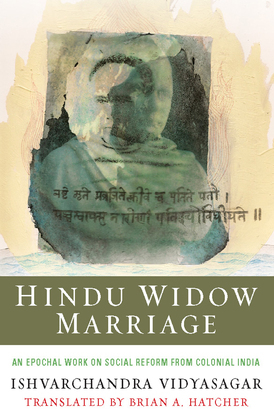 by Ishvarchandra Vidyasagar (Author), Brian A. Hatcher (Translator)
Non-Fiction Religion History of Religions
EPUB
unlimited loans, One at a time
Details
Before the passage of the Hindu Widow's Re-marriage Act of 1856, Hindu tradition required a woman to live as a virtual outcast after her husband's death. Widows were expected to shave their heads, discard their jewelry, live in seclusion, and undergo regular acts of penance. Ishvarchandra Vidyasagar was the first Indian intellectual to successfully argue against these cruelties. A Sanskrit scholar and passionate social reformer, Vidyasagar was a leading proponent of widow marriage in colonial India, urging contemporaries to reject a ban that caused countless women to suffer needlessly.

Vidyasagar's brilliant strategy paired a rereading of Hindu scripture with an emotional plea on behalf of the widow, resulting in an organic reimagining of Hindu law and custom. Vidyasagar made his case through his two-part publication Hindu Widow Marriage, a tour de force of logic, erudition, and humanitarian rhetoric. Translating the entire text into English for the first time, Brian A. Hatcher makes one of the nineteenth-century's most important treatises on Indian social reform available to an English-speaking audience. An expert on Vidyasagar, Hinduism, and colonial Bengal, he enhances his work with a substantial introduction describing Vidyasagar's multifaceted career, as well as the history of colonial debates on widow marriage. He innovatively interprets the significance of Hindu Widow Marriage within Indian culture and philosophy, situating the text in relation to indigenous intellectual practices. In addition, Hatcher provides an overview of basic Hindu categories for first-time readers, a glossary of technical vocabulary, and an extensive bibliography, making the text accessible to students and scholars alike.