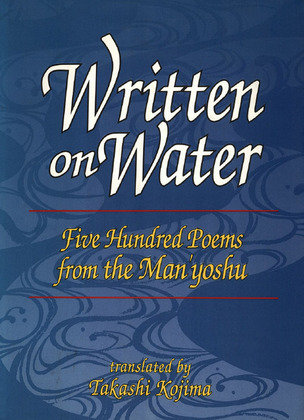 by Takashi Kojima (Author)
Fiction Poetry
EPUB
unlimited loans, One at a time
Details
This collection of classical poetry was selected from the Man'yoshu—the oldest and most important collection of Japanese poetry.

Despair and hope are two emotions commonly voiced by poets in the Man'yoshu. Although written over thirteen hundred years ago, the poems retain a rare freshness, an originality that delights and fascinates even today.

Part of the collection's originality is due to its variety of authors, from members of the aristocracy to commoners from the lowest ranks. The poems cover a wide range of content and expression, from court poets' highly polished verses to anonymous poems that read like folk songs. Poems about love are common but the treatment of love varies from anguished pinning to wondrous celebration to bitter denunciation. What the various Man'yo poems do have in common is emotional fire, amazing candor, and eloquent expression of feeling not found in later Japanese poetry. It is these characteristics that have earned the Man'yoshu a constant and devoted readership over the centuries.