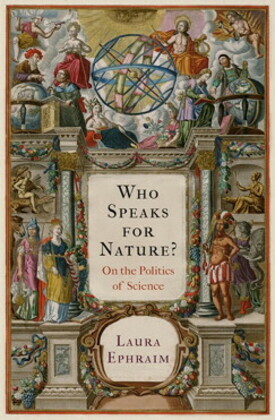 Who Speaks for Nature?

When natural scientists speak up in public about the material phenomena they have observed, measured, and analyzed in the lab or the field, they embody a distinctive version of political authority. Where does science derive its remarkably resilient, though often contested, capacity to give voice to nature? What efforts on the part of scientists and nonscientists alike determine who is regarded as a legitimate witness to material reality and whose speech is discounted as idle chatter, mere opinion, or noise?

In Who Speaks for Nature?, Laura Ephraim reveals the roots of scientific authority in what she calls "world-building politics": the collection of practices through which scientists and citizens collaborate with and struggle against each other to engage natural things and events and to construct a shared yet heterogeneous world. Through innovative readings of some of the most important thinkers of science and politics of the near and distant past, including René Descartes, Thomas Hobbes, Giambattista Vico, and Hannah Arendt, Ephraim argues that the natural sciences are political because they are crucial sites in which the worldly relationships that bind together the human and nonhuman are inherited, augmented, and reconstructed.

Who Speaks for Nature? opens a novel conversation between political theory, science, and technology studies and augments existing efforts by feminists, environmentalists, and democratic theorists to challenge the traditional binary separating nature and politics. In an age of climate change and climate-change denial, Ephraim brings theoretical understandings of politics to bear on real-world events and decisions and uncovers fresh insights into the place of scientists in public life.