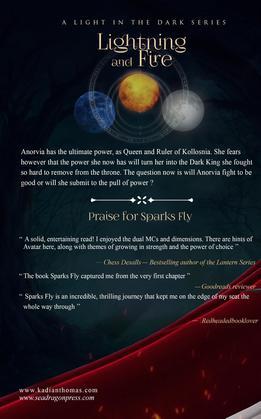 Calina Cabhair, a sixteen-year-old high school junior is trying to figure out what to do with the rest of her life. For her, deciding a path is no simple task. All that is pushed aside, however, when Calina accidentally falls through a portal that transports her to a land called Kollosnia. Calina is amazed by the new world, but she has little time to savor it, as she finds out she’s just landed in the middle of a brewing war, with the monstrous Dark King ruling the land. Calina has no intentions of staying in this dangerous and unpredictable place, and she strikes an unbelievable deal with a warrior named Aiden in the hopes of going home.