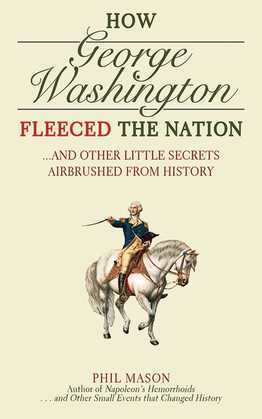 How George Washington Fleeced the Nation

Our view of the famous is one-dimensional—leading figures from history are summarized in history textbooks with one or two lines: Churchill the war-time genius, Gandhi the poor ascetic—but nobody is perfect and even the famous have their quirks and hidden secrets. How George Washington Fleeced the Nation reveals the often hilarious, sometimes shocking, and always highly informative foibles of the great and the good. Einstein, the most brilliant man who lived, regularly forgot his shoes and never learned to drive. Hitler possibly has a Jewish ancestor. Picasso avoided paying restaurant bills by doodling on their napkins instead. Prepared to be shocked, amused, and outraged at what they didn’t teach you in high school.