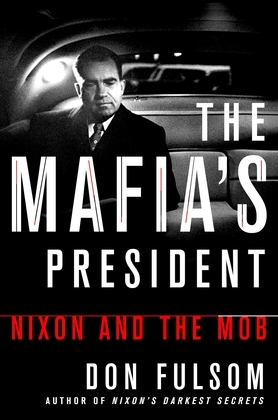 The first-ever full account of Nixon's extensive ties to the American Mafia, from a veteran White House reporter.

Unbeknownst to most people even now, the election of 1968 placed the patron saint of the Mafia in the White House. In other words, Richard Nixon would go on to not only lead a criminal presidency; he would be totally indebted to our nation’s top mobsters.

By 1969, thanks in large part to his long-time campaign manager and political advisor Murray Chotiner, a lawyer who specialized in representing mobsters, Nixon had participated in secret criminal dealings for more than 20 years with sketchy figures such as Mickey Cohen, Mob financial guru Meyer Lansky, Teamsters union chief Jimmy Hoffa, and New Orleans Mafia boss Carlos Marcello. And with Chotiner as one of his key behind-the-scenes advisors in the White House, Nixon's ties to the Mafia didn't end there. The Mafia’s President reveals a mind-blowing litany of favors Nixon exchanged with these sinister characters over decades, ranging from springing Jimmy Hoffa from prison to banning the federal government from using the terms “Mafia” and “La Cosa Nostra.”