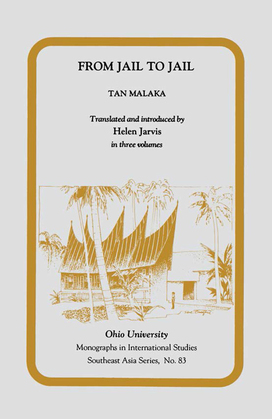 From Jail to Jail ?is the political autobiography of Sutan Ibrahim gelar Tan Malaka, an enigmatic and colorful political thinker of twentieth-century Asia, who was one of the most influential figures of the Indonesian Revolution. Variously labeled a communist, Trotskyite, and nationalist, Tan Malaka managed to run afoul of nearly every political group and faction involved in the Indonesian struggle for independence. During his decades of political activity, he spent periods of exile and hiding in nearly every country in Southeast Asia. As a Marxist who was expelled from and became a bitter enemy of his country?s Communist Party and as a nationalist who was imprisoned and murdered by his own government?s forces as a danger to its anticolonial struggle, Tan Malaka was and continues to be soaked in contradiction and controversy.