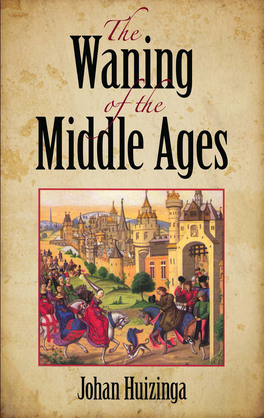 The Waning of the Middle Ages

de Johan Huizinga (Autor)
No Ficción Historia Renacimiento Artes Arquitectura Historia Medieval Ensayo literario
EPUB
Préstamos ilimitados, Uno a la vez
Detalles
This classic study of art, life, and thought in France and the Netherlands during the fourteenth and fifteenth centuries ranks as one of the most perceptive analyses of the medieval period. A brilliantly creative work that established the reputation of Dutch historian John Huizinga (1872-1945), the book argues that the era of diminishing chivalry reflected the spirit of an age and that its figures and events were neither a prelude to the Renaissance nor harbingers of a coming culture, but a consummation of the old.
Among other topics, the author examines the violent tenor of medieval life, the idea of chivalry, the conventions of love, religious life, the vision of death, the symbolism that pervaded medieval life, and aesthetic sentiment. We view the late Middle Ages through the psychology and thought of artists, theologians, poets, court chroniclers, princes, and statesmen of the period, witnessing the splendor and simplicity of medieval life, its courtesy and cruelty, its idyllic vision of life, despair and mysticism, religious, artistic, and practical life, and much more.
Long regarded as a landmark of historical scholarship, The Waning of the Middle Ages is also a remarkable work of literature. Of its author, the New York Times said, "Professor Huizinga has dressed his imposing and variegated assemblage of facts in the colorful garments characteristic of novels, and he parades them from his first page to the last in a vivid style."
An international success following its original publication in 1919 and subsequently translated into several languages, The Waning of the Middle Ages will not only serve as an invaluable reference for students and scholars of medieval history but will also appeal to general readers and anyone fascinated by life during the Middle Ages.