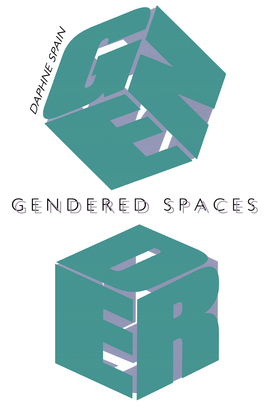 In hundreds of businesses, secretaries -- usually women -- do clerical work in "open floor" settings while managers -- usually men -- work and make decisions behind closed doors. According to Daphne Spain, this arrangement is but one example of the ways in which physical segregation has reinforced women's inequality. In this important new book, Spain shows how the physical and symbolic barriers that separate women and men in the office, at home, and at school block women's access to the socially valued knowledge that enhances status.

Spain looks at first at how nonindustrial societies have separated or integrated men and women. Focusing then on one major advanced industrial society, the United States, Spain examines changes in spatial arrangements that have taken place since the mid-nineteenth century and considers the ways in which women's status is associated with those changes. As divisions within the middle-class home have diminished, for example, women have gained the right to vote and control property. At colleges and universities, the progressive integration of the sexes has given women students greater access to resources and thus more career options. In the workplace, however, the traditional patterns of segregation still predominate.

Illustrated with floor plans and apt pictures of homes, schools, and work sites, and replete with historical examples, Gendered Spaces exposes the previously invisible spaces in which daily gender segregation has occurred -- and still occurs.