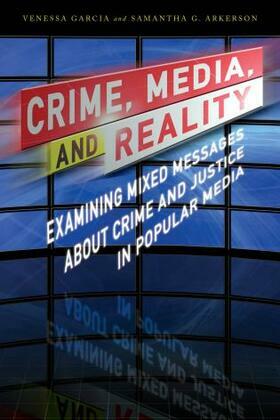 In Crime, Media, and Reality: Examining Mixed Messages about Crime and Justice in Popular Media, Venessa Garcia and Samantha Garcia Arkerson focus predominantly on the social constructions of crime and justice and how we absorb them. They look at the influence of crime news and true crime television series that prevent the public from understanding pure entertainment from the realities of crime and justice. They bring to light the social science knowledge missed by media "infotainment," which has blurred the line between information and entertainment.

Throughout, all different forms of media are discussed, news media, crime dramas and true crime television series. In doing so, they keep all of its fascinating coverage while uncovering the reality of crime and justice. This book adds significant information to the constructs held by the general public by placing media depictions into historical, legal, and social context.