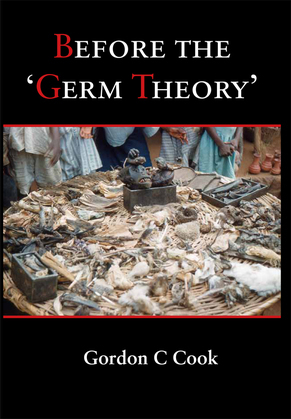 Before the 'Germ Theory'

by Gordon Cook (Author)
Excerpt
Nonfiction Medical Diseases
warning_amber
One or more licenses for this book have been acquired by your organisation details
EPUB
Unlimited loans, One at a time
Details

Antibiotic resistance in bacteria is rapidly becoming a major concern of medical practitioners worldwide. In fact, unless it is dealt with as a matter of urgency, we shall return to the ‘Dark Ages of Medicine’ as the British Prime Minister has recently warned. This book vividly paints the scenario before the ‘germ theory’ was conceived, and at a time when antimicrobials and anti-parasite agents were not even envisaged. How were the cause and management of infections viewed and treatment implemented, both in Britain and in tropical countries? Should antibiotic resistance become absolute, it is possible that humanity throughout the world will be faced with a major catastrophe and will thus be plunged back to a bygone era.