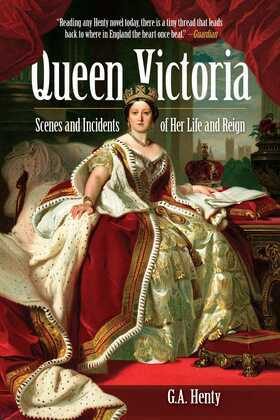 For the better part of the nineteenth century, Queen Victoria was in power over Great Britain and Ireland, among the other areas under the control of the British Empire. This period of rule became known as the Victorian era, during which Britain flourished economically, socially, and politically, and great advancements were made in both the military and science.
Focal point of the forthcoming 2017 film Victoria and Abdul, Queen Victoria has long been a subject of great interest and controversy to the public. This striking new edition of Queen Victoria, the classic work by famed adventure writer G. A. Henty, examines the life of the noted monarch in impeccable detail and captivating prose. This book highlights some of the most important events, both personal and political, during her historic reign?making it essential in the library of any historian or fan.