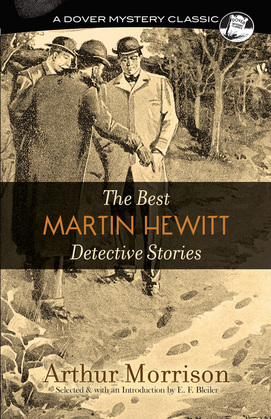 During the 1890s, the heyday of Sherlock Holmes, Martin Hewitt ranked among England's most popular fictional detectives. A favorite of readers of The Strand and other magazines, Hewitt returns in this collection of nine of his best cases.
Hewitt enters the scene in "The Lenton Croft Robberies," in which he is called upon to solve three successive jewel robberies whose only clues are three half-burnt wooden matches. In "The Case of the Dixon Torpedo," he must figure out how mechanical drawings for a new weapon could have vanished from an office that no one entered or left. In other cases, Hewitt examines the theft of a valuable cameo from a locked desk in a guarded house, the plunder of gold bullion from the hold of a sinking ship, and the disappearance of a will right from under the noses of the dying man's family. The final four stories concern a suicide that may be a murder, a marital case that isn't as simple as it seems, a clue to a treasure in a piece of music, and the robbery of a sacred relic. Novel and imaginative in subject matter, meticulously plotted, and smoothly written, these stories will captivate mystery lovers.