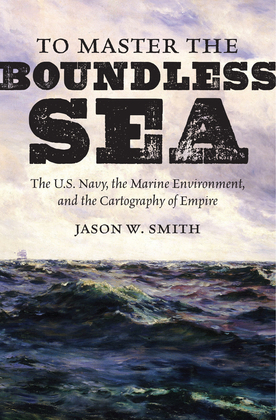 To Master the Boundless Sea

As the United States grew into an empire in the late nineteenth century, notions like "sea power" derived not only from fleets, bases, and decisive battles, but also from a scientific effort to understand and master the ocean environment. Beginning in the early nineteenth century and concluding in the first years of the twentieth, Jason W. Smith tells the story of the rise of the U.S. Navy and the emergence of American ocean empire through its struggle to control nature. In vividly told sketches of exploration, naval officers, war, and, most significantly, the ocean environment, Smith draws together insights from environmental, maritime, military, and naval history, and the history of science and cartography, placing the U.S. Navy's scientific efforts within a broader cultural context.

By recasting and deepening our understanding of the U.S. Navy and the United States at sea, Smith brings to the fore the overlooked work of naval hydrographers, surveyors, and cartographers. In the nautical chart's soundings, names, symbols, and embedded narratives, Smith recounts the largely untold story of a young nation looking to extend its power over the boundless sea.