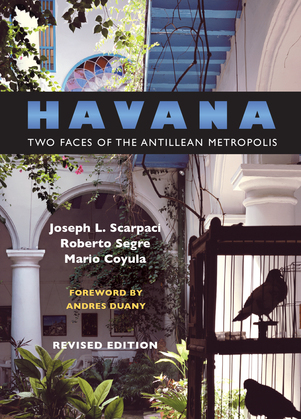 One of the oldest and most celebrated cities in the Western Hemisphere, Havana is a fascinating metropolis where history has left its handprint on every corner. Here, an international trio of well-known architects and planners assesses nearly five hundred years of development in the Cuban capital. They offer an insightful introduction to Havana's historic architecture and modern buildings, its social and economic fabric, its diverse people, and its contemporary challenges and opportunities.

From the colonial and early republican periods, through the 1959 revolution, and into the post-Soviet era and today, the authors trace Havana's physical evolution and place it in the context of important political, economic, and cultural developments. This new edition--which has been completely revised, redesigned, and updated since the book's original publication in 1997--also highlights recent restoration efforts in Old Havana, commercial development projects throughout the city, and the wide-ranging effects of international tourism.