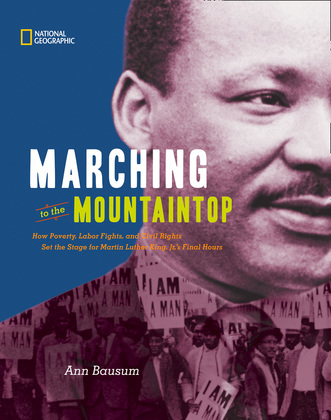 Marching to the Mountaintop: How Poverty, Labor Fights and Civil Rights Set the Stage for Martin Luther King Jr's Final Hours (History (US))

In early 1968 the grisly on-the-job deaths of two African-American sanitation workers in Memphis, Tennessee, prompted an extended strike by that city's segregated force of trash collectors.

Workers sought union protection, higher wages, improved safety, and the integration of their work force. Their work stoppage became a part of the larger civil rights movement and drew an impressive array of national movement leaders to Memphis, including, on more than one occasion, Dr. Martin Luther King, Jr.

King added his voice to the struggle in what became the final speech of his life. His assassination in Memphis on April 4 not only sparked protests and violence throughout America; it helped force the acceptance of worker demands in Memphis. The sanitation strike ended eight days after King's death.

The connection between the Memphis sanitation strike and King's death has not received the emphasis it deserves, especially for younger readers. Marching to the Mountaintop explores how the media, politics, the Civil Rights Movement, and labor protests all converged to set the scene for one of King's greatest speeches and for his tragic death.