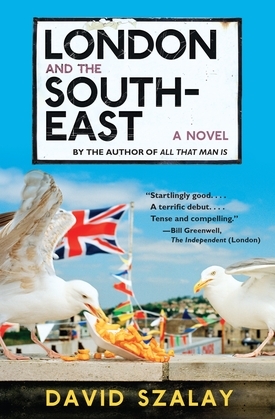 London and the South-East

Never before published in the United States, the debut novel by the wildly talented author of Booker Prize Finalist All That Man Is

?That clattering noise you hear is the sound of critics and readers racing to find [David Szalay?s] earlier books, an activity worth the effort,? wrote Dwight Garner in his New York Times review of Szalay?s All That Man Is. And now American readers finally have their chance with his debut novel, London and the South-East.

Paul Rainey, the hapless antihero at the center of this ?compulsively readable? (Independent on Sunday) story works, miserably, in ad sales. He sells space in magazines that hardly exist, and through a fog of booze and drugs dimly perceives that he is dissatisfied with his life?professionally, sexually, recreationally, the whole nine yards. If only there were something he could do about it?and ?something? seems to fall into his lap when a meeting with an old friend and fellow salesman, Eddy Jaw, leads to the offer of a new job. But when that offer turns out to be as misleading as Paul?s own sales patter, his life is transformed in ways very much more peculiar than he ever thought possible.

London and the South-East, which won the Betty Trask Prize and the Geoffrey Faber Memorial Prize, is both a gloriously told shaggy-dog story about the compromising inanities of office life and consumer culture, and the perfect introduction to one of the best writers at work today.